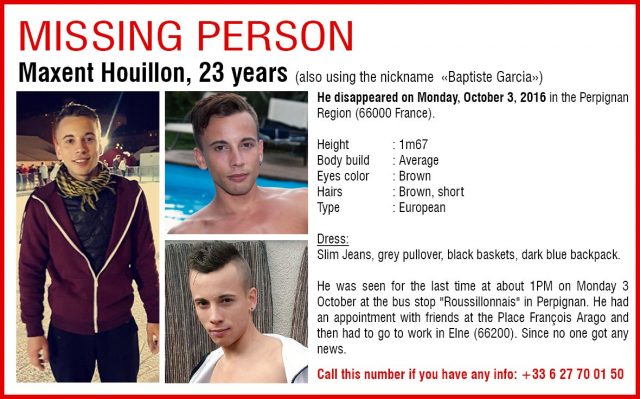 The 23-year-old, best known for his work with “French Twink Studios,” was last seen in the Perpignan region of France. He  was dressed in slim jeans, grey pullover, black basket sneakers, and a dark blue backpack.

According to a flier that’s been making the rounds on Twitter, Garcia was last seen around 1pm at the bus stop “Roussillonnais.”

He was supposed to visit friends at the Place Francois Arago, and then was scheduled to work in Elne.

He never showed up to either appointment.