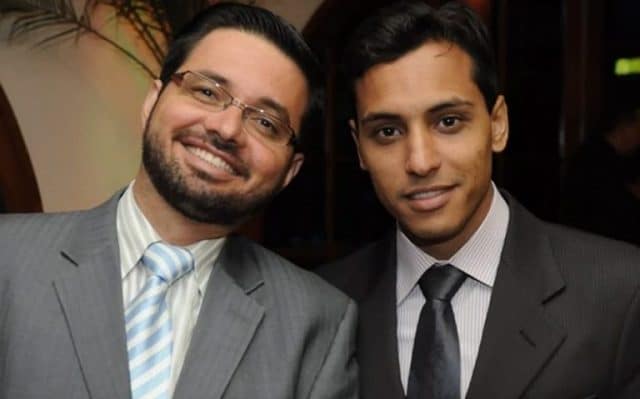 Brazil’s first openly gay mayor has tied the knot with his partner of 13 years.

Edgar de Souza, mayor of the small Brazilian city of Lins, married his partner Alexsandro Luciano Trindade in front of 300 friends and family on Saturday 4 March.

According to CNN, de Souza said of the wedding: “It wasn’t supposed to be a political act, it was a ceremony for us. We waited long enough! But of course, it was also political.

“It’s the first time in Brazil that a mayor has starred in his own same-sex marriage! We want to give visibility to gay marriage and encourage others to take advantage of their rights.”

Mayor de Souza says he’s received some hate mail, but has mostly had messages of support on social media.

He began his political career aged 21 as a city councilman of Lins, although he never addressed his sexuality. That changed in 2012, when he ran for mayor as an openly gay man.

During his campaign, he said: “I do not have to hide who I love with, whom I love. If I hide, I do not deserve to be your mayor. God loves me as a homosexual.”