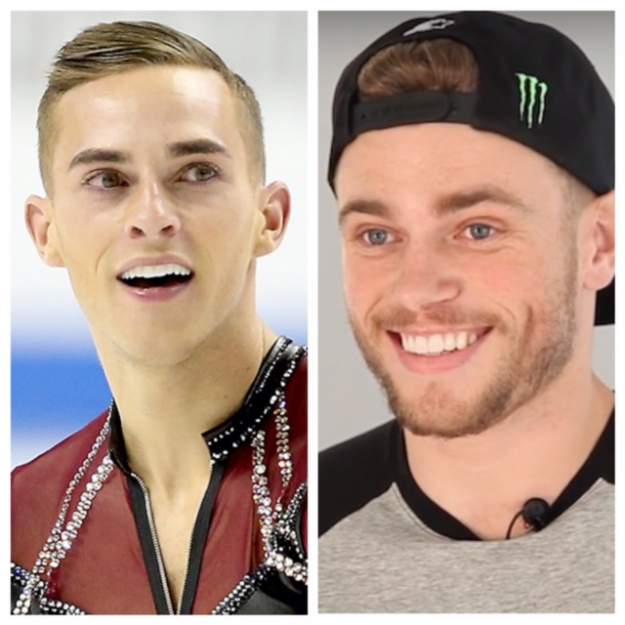 Two out and proud Olympians, figure skater Adam Rippon and freestyle skier Gus Kenworthy, have joined forces in their beliefs that Vice President Mike Pence should not be leading the Olympic delegation next month in South Korea.

Rippon was the first one to speak out about this earlier this month, where he blasted the White House for sending Pence due to his well-known anti-LGBT views. “You mean Mike Pence, the same Mike Pence that funded gay conversion therapy?” he said to USA Today. “I’m not buying it.” He also said that he would not want to meet with Pence during his time there, exclaiming “I would absolutely not go out of my way to meet somebody who I felt has gone out of their way to not only show that they aren’t a friend of a gay person but that they think that they’re sick.”

Now, Gus has echoed similar sentiments only days after he made the Olympic team. “I actually found out about it from Adam Rippon’s quote about it,” he told USA Today. “I feel the same way as him. I think it’s not the person I would have expected, and I think it sends mixed messages because this is the first time we’re seeing out U.S. Olympic athletes competing in the Winter Olympics, and then we have someone leading the delegation that doesn’t support that, and doesn’t support the LGBT community, and has spoken against it. I think it doesn’t send the right message. It’s unfortunate, but it is what it is.”

“I think that I’ve gotten to live authentically, and share who I really am with my family and friends. It’s made me feel so comfortable,” he said. “I think that it’s showcased in my skiing. I feel so free and liberated and it’s one last thing I have to think about, about being in the closet and worrying about outing myself. My skiing has benefited from that, from being free.”

“The fact that I am out, I think it’s going to warrant me having a better time in Korea, and really getting to experience it,” he added. “When you’re in the closet, you can’t enjoy anything quite as much. I don’t think I had the Olympics experience I was hoping for, and now that I’m out, I’m going to really take it all in and have such a better time.”

Pence’s camp has denied the allegations about his beliefs in conversion therapy, with his office releasing a statement that said:

“The vice president is proud to lead the U.S. delegation to the Olympics and support America’s incredible athletes. This accusation is totally false and has no basis in fact. Despite these misinformed claims, the vice president will be enthusiastically supporting all the U.S. athletes competing next month in PyeongChang.”