Celebs and athletes helped quench our thirst all year with more ass and ‘D’ than most of us were equipped to handle.

We have listed some of the hottest pics below!

1. Lenny Kravitz Splits His Pants On The Stage Exposing His “D” To Swedish Fans

Lenny Kravitz treated his Swedish fans to the worst (or best) wardrobe malfunction of all-time when his leather pants ripped completely open onstage, and his junk fell out. Actor and former O-Town member, Ashley Parker Angel, celebrated the completion of his 100 Days of Fitness challenge with a naked photo on Instagram.

The #100DaysOfFitness challenge may be behind me now but the journey continues. It's incredible how the human body responds and transforms to even just 100 days of a consistent diet and exercise program. During the last 100 days your positive comments motivated me to push through and stay committed. I encourage all of you to experience for yourself how rewarding it is to set your own goals and get inspired by the results. You don't have to be a fitness model or featured in the ESPN Body Issue to be proud of your physique. We all have what it takes to be the best version of ourselves we can be. Be dedicated, be passionate and be relentless in the pursuit of your dreams. Shortly, you will look back at where you started and be astounded at how far you've come… and you might just be inspired enough to post a naked picture of yourself on Instagram. ✌? #Day100

Just days after Rugby League player Keegan Hirst became the first British professional in the code to openly come out as gay, the married father of two has bared it all for the world to see. Hockey hunk Sean Avery shared a very revealing Instagram photo in August that had his fans begging for more!

What do you think of these hunks? Are they hot? Do you want to see more? 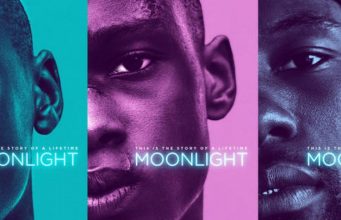 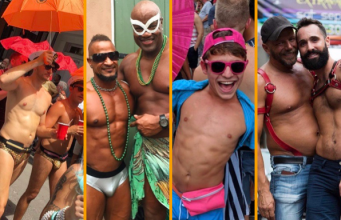 PHOTOS: It Was All Skin And Sin At Southern Decadence In New Orleans 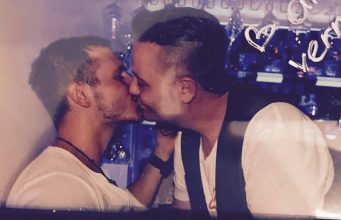