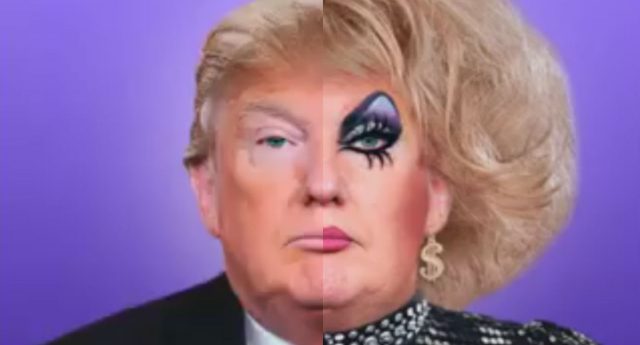 A woefully misinformed person on Reddit has declared that Donald Trump gave him the courage to come out as gay. Uh huh.

“The support that Donald showed for the LGBT community in Folorado today was heartwarming. It shows the man truly loves everyone in this fine country regardless of who they may be,” writes user Conservative_Horse. “Donald Trump just doesn’t espouse courage, he is courage, and he gave me the courage to come to terms with the fact that I need to win in my personal life.”

Setting aside “Folorado,” this is a weird non sequitur claim. Errrr, what exactly about a trust-fund baby says “courage” to you? Is it that he just says whatever pops into his head without thinking it through? Because that is also a trait shared by the victims of brain trauma.

But at any rate the entire post is probably made-up. The user has no other details about being gay, as people tend to provide when coming out. He just says he’ll bring his boyfriend home for Thanksgiving.

And the rest of his posting history is Trump memes, so we’re probably looking at someone who thought it would be cool to make up a story about how gay people are inspired by Trump. Bleh. Nope. We have plenty of people to inspire us from within our own community, thank you very much — there’s no need to be inspired by a man surrounded by those who want to destroy us.