Home Fiction I’ve made love to my brother 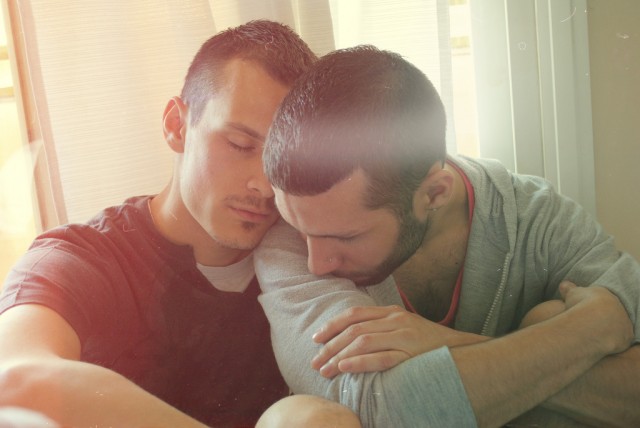 This is basically the story of my life and I have no other way to put it than this. I’m Ryan, I’m 20 years old and I’ve made love to my brother. I am fully aware of how horrible this may sound to you, but, over the time, I have realized that nobody can walk in other man’s shoes, which is why I am not angry anymore at how society views this taboo. You may argue that I am still a child and I cannot argue about the true meaning of love yet, but I will have to disagree. If there is one thing I know for sure that is the fact that no one can explain what love truly is. You can feel it, but you cannot explain it and this is precisely my case here.

My brother is Timothy and he is 26. Every since we were little kids he used to take care of me and this helped us bond in a way that I believe not many people do. Whenever I got into troubles at school, he would come and protect me, whether it was bullies, teachers or whatever. I have always admired him and I have always considered him my hero, so strong and wise and protective. It was not only I was 15 that I started seeing my brother in a different light. Only then I realized that I was not much into girls as other boys of my age. However, it seemed like I was finding some of the boys sexy and appealing and with time I knew that I was gay. Since then my life started to gradually change and I would say for the worse, because I found it increasingly difficult to socialize with boys of my age. They used to flirt with girls a lot and each of them bragged with their achievements. Since I was more attracted to the same gender, I started becoming shier and I think I was the only one who didn’t take part of the discussions. Soon, as it always happens, they began making fun of me, just because I was more reclusive than others and they called me queer, lady-boy and always teased me about my looks, since I was a skinny guy, not much into sports.

Of course, this only lasted just for a short while, because Timothy was always there for me and soon everyone started respecting me. But that doesn’t mean that I was happy. In fact, it seemed like it was the other way around, because now they won’t be anywhere near me and I found myself excluded from their circle. The only true friend that I had was my brother, Timothy. He was the only one that truly understood who I was and he was always by my side. Also, he was the first to understand that I was gay, without me ever telling him and I respected the fact that he never forced me to discuss the matter. I was ashamed enough as it was.

He had a girlfriend named Carla and he was dating her for two months when I first got a chance to meet her. I disliked her immediately, although I didn’t know at the time what was the reason for my aversion towards her. I mean she seemed a really cool girl. I just didn’t like her and I was under the impression that Timothy had noticed that. It also seemed awkward to me that he never said anything about it. You would have think that it would have been bothered him to know that I wasn’t too fond of her. Then he joined the army and we kept seeing each other only like twice a month, since I was also busy with college. I can’t deny that it was a huge deal for me to be separated from Timothy, since he has been my only support and confident and the only true friend that I ever had. I have made some friends in college, but I just felt it was not the same. Then after a year or so his company was finally assigned with a new location, closer to our hometown. And one day Timothy visited me unnoticed and that was probably one of the most beautiful surprises that I have ever had. I realized that I love my brother more than anything and I didn’t hold back from hugging him with all my heart. I was feeling ecstatic and my blood was pumping and I was warm and a bit dizzy, like I was drunk.

We sat and he told me stories about his life in the army and they kept becoming funnier as we included more wine into the equation. It was already late into the night when we finally ran out of subjects to discuss and just to keep the atmosphere vivid, I asked him about his girlfriend. He told me he wasn’t dating her anymore and asked me about my own love life, with a bit of a smile in the corner of his mouth. This question saddened me, which he immediately noticed. “Don’t worry, my little brother, you will find love” he told me then he gently kissed me on the forehead.

I was feeling his kiss like it was burning my skin, or maybe it was just the wine, I have no idea. What I do know was that my lips were looking for his and soon we were in each other’s arms, surrendering to a magic moment like we have never experienced before. It was a mix of outrageous and affection, since we knew we were breaking a taboo right there, but we just couldn’t help it.

Yes, we have made love that night and it only happened once, but looking back I feel no regrets. We have both decided not to speak about that episode again and I know that he isn’t embarrassed about it either. We just protect ourselves from society. I have often thought about the dangers of incest and the reason for which this act is taboo is that the offspring resulting from such an intimate approach will often, if not always, develop severe mutations, which is why it is certainly off limits. But, on the other hand, how does this relates to something that you cannot quantify, such as love? What’s the moral approach when you are making love to your brother or your sister, but you protect yourself and you do not procreate? Who is to say we are immoral then? I honestly believe love has no boundaries and as long as your love doesn’t harm anybody, then it should not concern anybody else than those involved.

Do you like touching stories of animal rescue? Then watch videos on our partners’ channel about animals meowtion