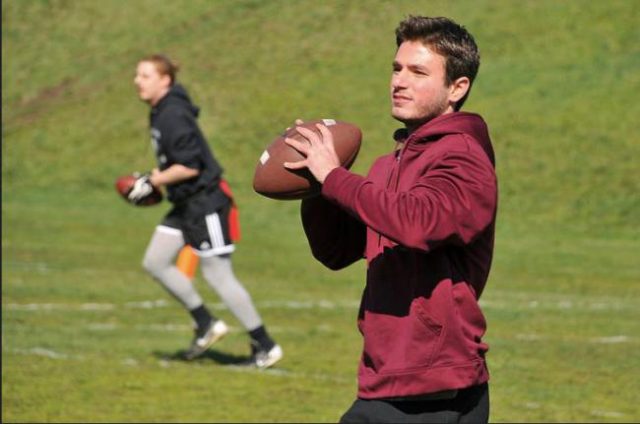 Boston sports writer Alex Reimer publicly came out as gay on an episode of the “Kirk & Callahan” radio show.

Boston-based sports writer Alex Reimer decided to come out publicly as gay Wednesday during a spot on WEEI’s “Kirk & Callahan” show. What ensued was 20 minutes of incredibly comfortable questions and joking that demonstrated just how far sports radio — or at least the Kirk & Callahan show — has come.

You can listen to the full interview here.

The radio show hosts jokingly chided Reimer for waiting until the final 20 minutes of their interview to break the news.

Reimer revealed that he’s got a crush on Justin Bieber and that he’s been out in his private life for over three years. He also plays on a gay flag football team.

For the record, he’s welcome to play on our team anytime!