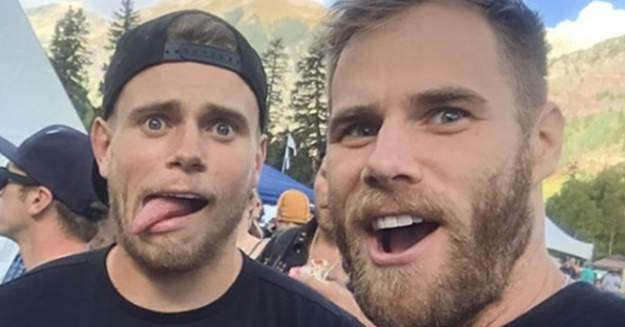 I just finished a post by asking my mother to set me up with Gus Kenworthy Sally Field and Adam Rippon-style, and while that’s never going to happen for about nine-hundred different reasons, I now have this intense gay make out between Olympics freeskier Kenworthy and his sexy actor boyfriend Matthew Wilkas as a consolation prize. And consider me consoled!

Kenworthy and Wilkas love to goof off on social media, and this usually entails not-so-subtly flaunting their insanely ripped bods and all around nauseatingly cute romance. This time around the duo tease their apparently single friend by making him the loner guest at their tongue party. The camera zooms past Kenworthy and Wilkas as they go for the gold, then past their pal Rightor Doyle’s despondent face, and finally, artfully zooms in on a billboard that happens to include the text “Welcome to the friend zone.” Hilar!

When these two flex their romance muscles on Instagram we all win, so without further ado, here’s the video that’s going to get you through the week! 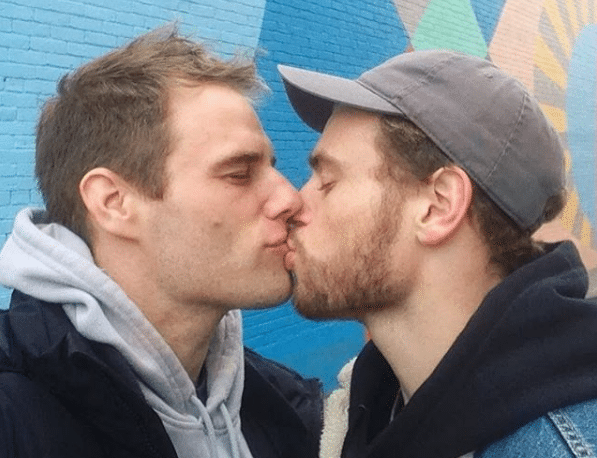 Nick Gayer
0
The Democrats have tried to bill themselves as a party of inclusion, and fierce defenders of LGBT rights. But apparently none of that applies to... 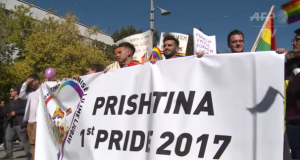 Kosovo Held A Pride Parade Despite Threats Of Violence

Nick Gayer
0
Kosovo held its first ever pride parade despite threats of violence. The parade, dubbed The Name of Love, was the first organized and previously announced...

Nick Gayer
0
"I actually could watch this GIF forever." Adam Rippon and Gus Kenworthy have the gay Internet abuzz after locking lips at the 2018 GLAAD Awards...