Home Fiction How I found out my friend was gay 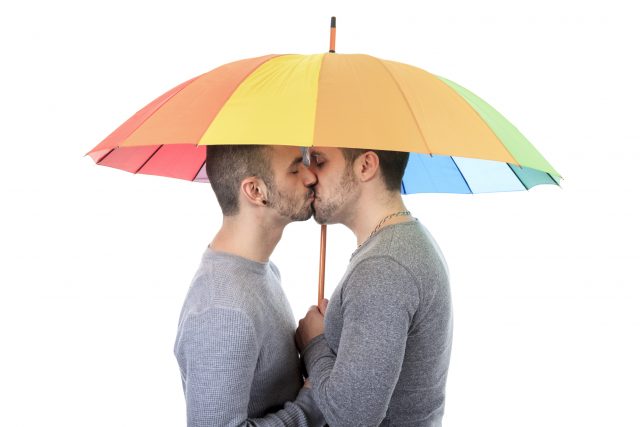 A few years ago, when I was a student at university, I lived with a bunch of straight friends – Mark, Stephen and Carl. They knew I was gay but had no problem with it, apart from the occasional friendly ribbing that guys do with each other. We all always had a great time playing video games together (I was always the worst!), eating cheap pizza and going out on the town.

Anyhow; one time it was Carl’s birthday, and a few of his old friends from his hometown came to visit. I’d met them both before; Keith was loud and bold and daft, liked his beer and practical jokes. Ivan was a bit quieter, but still quite a bit of a lad, and I got on with him more. He had dark, thick hair and really quite piercing eyes.

OK, I admit, I really quite fancied him. He was straightforward and friendly. But I knew nothing would ever happen, so I mostly ignored my feelings.

For Carl’s birthday we were all going out on the Saturday night, although Keith and Ivan came up on the Friday. The guys all had a night out ‘round town, but I had plans to meet up with my gay friends and go out with them.

That night I got in – fairly drunk. Ivan everyone else was still up, eating pizza. I had a few slices then went to bed, it was late. And in bed, I thought about how much I liked Ivan, and fell asleep.

Next thing I know, I feel a weight on me – a person, a gentle shaking, the words ‘are you awake?’. Confused and coming out of sleep, I looked up – to see Ivan! What was going on?!

I sat up in bed and nodded, bleary; he sat over from me. It was still dark outside, so I turned on my bedside lamp. He looked at me, a little apprehensive.

I wanted to leap over and grab him, to kiss him desperate and hungry and happy and deep; pull him close and squeeze his body close to mine and explore him with my hands, my arms, my mouth. Fierce; gentle; joyful.

But of course I know I couldn’t. He’d come here to confide in me, as someone he trusted. I couldn’t abuse that trust.

So we talked; he laid in bed beside me and spoke about how he was mainly attracted to women, but sometimes he felt something – something strong – for men. But since it didn’t happen very often, he’d never told anyone. But the secret had got too much, and he had to let it out to someone.

The sky paled outside, weak light of morning eventually shining through the curtains. Soon people would be getting up – what would they think if they realized Ivan had been in my room all night?! I was sure they’d guess something, even though nothing had actually happened.

Just as I was about to suggest to Ivan that he leave, he turned and kissed me – desperate hungry and happy and deep!

Forgetting my worries, I pulled him close… and you can imagine the rest!