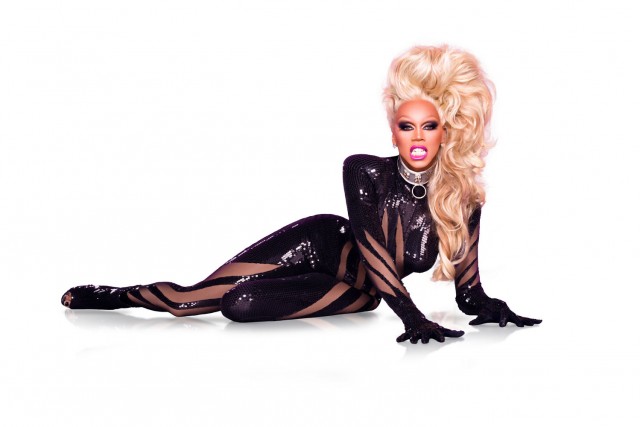 RuPaul Andre Charles was born 54 years ago.  He didn’t get his fame from his drag show.  Although he did get his fame from drag.  Living in Atlanta, many years ago, he became a well-known drag queen. And why not, he is a gorgeous woman! So, then he took the show to New York.  He was first nationally recognized due to his appearance in the music video “Love Shack” by the B-52s in 1989.  After that, he released a few albums, modelled, and wrote his autobiography.  However, he came to be nearly a household word after the brainchild of “RuPaul’s Drag Race” began years ago. The show is approaching its 8th season, and some of the transgendered women and men in drag on the show over these years have themselves become fairly well known.  The US and UK wait for the next season, but in the meantime, there are always episodes of “RuPaul’s Drag Race,” or “RuPaul’s Drag Race All Stars” airing on truTV and LOGO.

Interestingly enough, he is always called a “he,” unless he is in drag.  He did an interview this past August for the UK site Independent.  When asked how often he dresses in drag, he said “The only time you’ll see me in drag now is if I’m getting paid a load of money.”  Well, he must be making good money on “Drag Race,” but he does change back and forth.  He may change wardrobe frequently, but he never drops his belief system, and is a fighter for many causes, no matter what he is wearing.  He is, of course, a huge supporter of the LGBTQ+ community.   RuPaul was promoting the show in the UK when Ireland had its historic vote that legalized same-sex marriage.  He proposed that those who voted against the law “need to get out more often and learn to love themselves.” There has never been a question of RuPaul’s sexual identity.  He has declared for many, many years that he is an African-American gay man.  He has a partner of many years, and thinks of himself as “RuPaul, an extension of the power that created the universe.”  He refers to his audiences as “my gay brothers and sisters,” and then has been known in the past to encourage them to follow their dreams.

He has done exactly that.  He has dreamt and worn taffeta, and sprinkled pixy dust.  At the end of the day, he is a dapper, well-read and very spiritual man.  A gay man who has carried transsexualism into the mainstream, on the skirt-tail of a drag queen.  Definitions? Labels? All unnecessary.  He is who he is, and he loves himself enough to be at peace with the rest of the world. Everybody say “Love!”